NTC thermistors have been well used for temperature measurement, where durability, reliability, and stability are important due to their high sensitivity and high accuracy. Although there are many materials for thermistors, semiconductor resistors such as NTCs are easier to process, smaller, and lighter than conductors such as metals. In addition, its fast response time is also suitable for small diameter precision devices.

In low-cost temperature measurement solutions, a pull-up resistor is typically connected between the NTC thermistor and the power supply's positive side. The ambient temperature change is determined by collecting the change in voltage division across the NTC thermistor. In most cases, a resistor of the same value as the NTC's room temperature resistance is connected in series. The current flow is ensured to be small enough to avoid self-heating to ensure the accuracy of the measurement process. 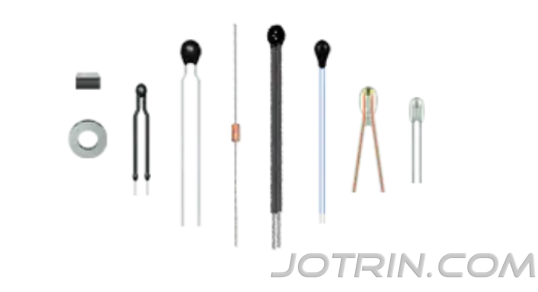 Chip type embeddable NTC thermistors can be integrated directly into IGBT modules and IPM modules, such as TDK's new chip type L860 NTC thermistors, which can be embedded directly into power supply modules without leads by sintering and heavy aluminum wire welding connections, completely different from conventional SMD NTC elements. We all know that power modules are usually most efficient when operating near their power limit, but the temperature must be precisely controlled to maintain the limit state operation. Compared to traditional NTC elements, the thermal coupling between the chip NTC thermal element and the power module is more stable. This means the element can achieve ultra-fast response and is more conducive to high-precision temperature measurement and control.

Whether in industrial, automotive, or consumer applications, monitoring the temperature of all power components is a critical and fundamental requirement to ensure the safety, reliability, and longevity of the entire system, in which NTC thermistors are widely used.

In circuit protection control, NTC is also used in many applications. Generally, when the power is turned on, there will be a large current flow through the diode. If the current is too large diode may be damaged. Inrush current suppression methods are many, generally small and medium power supplies in the resistor current limiting approach to suppress the power-on inrush current. 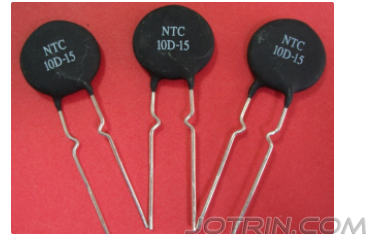 This process happens very quickly in practical applications. The NTC thermistor heats up quickly as the temperature rises. Its resistance value drops rapidly to a very small level in milliseconds, typically only a fraction of an ohm to a few ohms in size. In contrast, the power lost in the resistor is reduced by tens or even hundreds of times.

Based on the NTC thermistor suppression approach power, high inrush current suppression capability, high reliability, long life, and small residual resistance. In general small power supply NTC without adding a relay, high-power need to add a relay can be. However, it should be noted that the use of NTC to suppress power-on surge power supply equipment, not to be able to switch on and off frequently, NTC cooling needs dozens of seconds to a few minutes, ranging from recovery to its cold state resistance before it can be turned on again.

Suppressing power-on surges to prevent electronic equipment damage to the NTC can be the simplest and most effective. Of course, the NTC only plays a role in power-on protection. If the circuit is working normally or short-circuits, NTC is no way to deal with the surge.