ホーム > Other > Motion sensing solution based on Wi-Fi technology

When industry analysts began estimating a few years ago that 50 billion or more Internet of Things (IoT) devices would be in use, it seemed unlikely. But now, just 20 years after what introduced the technology, more than 30 billion Wi-Fi-enabled devices are already in use. In this case, it seems more likely that Wi-Fi-enabled IoT will grow to contain tens of billions of connected devices.

Of course, Wi-Fi is not the only wireless technology used for IoT devices. Many of which still use wired communications. Still, Wi-Fi has evolved rapidly over the past 20 years and continues to improve to match emerging needs. What may be less obvious is how the industry uses Wi-Fi for applications other than wireless communications. For example, research has shown how can use Wi-Fi signals to transmit power and data using a method commonly known as ambient backscatter. But perhaps more apparent is how Wi-Fi has been used as a motion-sensing and detection technology.

Before we dive in, let's explore why Wi-Fi should be considered a motion-sensing solution. First, as already explained, Wi-Fi is now almost ubiquitous, so the infrastructure is all around us. Secondly, IoT provides the ideal ecosystem to use data such as motion sensing in a more helpful way. Who can apply wi-Fi for movement sensing to new and existing use cases? This includes traditional residential monitoring to detect intrusions or regular maintenance in and around our houses. This can easily be extended to intelligent buildings using motion and occupancy detection as a heating, ventilation, air conditioning (HVAC), and lighting control building management system. Perhaps more impactful is its use to help us monitor the elderly and vulnerable in our homes for peace of mind.

The most critical performance metrics in Wi-Fi-based motion sensing are the same as other motion detection methods, specifically accuracy, precision, and latency. Accuracy involves detecting motion when someone is moving or present while minimizing the number of false alarms the system may generate. This emphasizes Wi-Fi coverage throughout the home, building, or another monitored area. In this case, accuracy is related to how the system distinguishes between the types of motion detected (both speed and direction). This is important, for example, if the system is used to monitor falls of elderly or weak people. It is well known that latency is the delay between the detected motion and the reported event. In any motion detection solution, measurements must be made in milliseconds rather than minutes.

Fundamentally, radiofrequency (RF) to detect objects or people relies on the transmitter to send signals and the receiver to characterize the received signals. Any entity, whether biological or inanimate, will affect the characteristics of the movement as it travels through the medium or channel. In this way, the track itself can be characterized and used to detect changes in the pipeline.

This approach means that it is possible to detect the presence of objects or people, even though there is practically no precise way to identify objects in the channel. RF energy is absorbed or reflected as it is transmitted through the track, which results in a measurable difference in signal between the transmitter and receiver. The key is to translate this measurable difference into actionable data, where the underlying protocols used in Wi-Fi come into play.

In a typical home or business environment, a wireless router or access point (AP) has devices associated with it. The Wi-Fi protocol requires the connected devices to respond to the AP with feedback so that the AP can optimize the way it communicates with each connected device. A portion of this feedback contains data called Channel Status Information or CSI. The AP can use the information contained in the CSI to understand its environment. 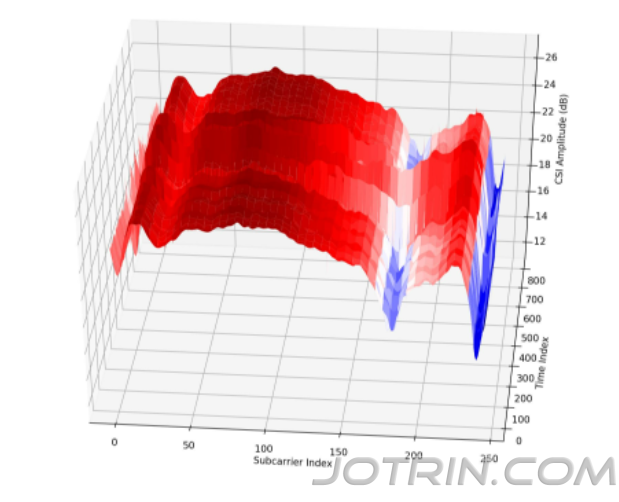 Once the AP understands the wireless environment, it is relatively simple to identify changes in that environment. These changes in the way RF energy is absorbed or reflected are associated with what is moving or being moved in that environment. Here it is likely that the connected devices are not even considered for their role in the application, which means that the scalability of Wi-Fi-based motion detection depends entirely on the AP technology.

Data extracted from CSI can also be passed to trusted third-party applications, possibly at the edge or cloud, to process the data and intelligently sense motion. Several ON Semiconductor partners are already using AI to analyze raw CSI data to provide motion detection-as-a-service. This enables advanced functionality such as detecting when someone has fallen or when more people are in a building than expected.

The performance of motion sensing using Wi-Fi depends heavily on the quality of Wi-Fi coverage, and better coverage systems can improve critical parameters such as accuracy, precision, and latency. Many things are known to degrade Wi-Fi performance, but the industry has been working hard to improve. This is where multiple-input, multiple-output (MIMO) technology comes into play. MIMO and multi-user MIMO (MU-MIMO) use multiple antennas to simultaneously send and receive various data streams to multiple clients, thereby taking advantage of the multipath reflections of Wi-Fi radio waves. MIMO also uses beamforming to extend the range and improve the performance of Wi-Fi networks. In addition, the information contained in multipath CSI data provides higher resolution for motion detection, evolving from 8-bit CSI data to 12-bit or even 16-bit CSI data. 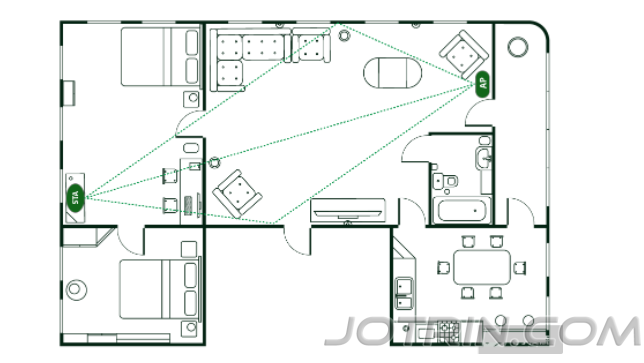 Wi-Fi development has witnessed a progressive and continuous expansion of the bandwidth of the channels used. This is a significant advantage in motion sensing, where the channel bandwidth has evolved from 40 MHz to 80 MHz with a corresponding 40% increase in motion-sensing accuracy. As mentioned earlier, this increased accuracy is now used to support value-added services.

Motion sensing using Wi-Fi is the latest example of how this standard technology continues to evolve to provide valuable new services.

次の: The advantages of the application of drones, application areas and development direction