ホーム > Other > How to achieve seamless Ethernet transmission?

How to achieve seamless Ethernet transmission?

Ethernet is a concept that we talk about from time to time. Although we have made significant progress in understanding and applying Ethernet, Ethernet still often encounters many challenges in actual use, which may be power challenges, bandwidth challenges, cabling challenges, communication distance challenges, possibly hazardous working conditions, etc.

Some of the difficulties can be solved by Ethernet physical layer devices. As a physical layer transceiver, Ethernet PHY sends and receives Ethernet frames according to the OSI network mode. In the OSI model, Ethernet covers part of the physical layer and the data link layer and is defined by the IEEE 802.3 standard. The physical layer specifies the electrical signal type, signal speed, media and connector type, and network topology, implementing the 1000 Mbps 1000BASE-T, 100 Mbps 100BASE-TX, and 10 Mbps 10BASE-T Ethernet standards.

Key factors to consider for PHY

The second is the delay and synchronization-related. The network cycle time is the communication time required for the controller to collect and update the data memory of all devices. A low latency PHY can significantly reduce the network cycle time, thus shortening the network refresh time and allowing more devices to be connected to the network in a single cycle. Reducing latency is the most efficient way to accomplish synchronization, provided that the bandwidth meets the data throughput. The bandwidth already meets the throughput requirements, and higher bandwidth will have a side effect on latency instead. Of course, the specific latency will vary slightly depending on the protocol.

The third is robustness. Phys need to withstand external radiation and conduct noise sources under harsh operating environments. A robust and reliable PHY must cope with the risks of surges, fast transient pulses, ESD, RF field induction conducted interference, and so on.

In addition to these three considerations, the scalability of data rates is important for Phys. The field-level connection uses an Ethernet connection running the Industrial Ethernet protocol in a 100 Mbps PHY. The connection between PLCs and motion controllers requires a high-bandwidth gigabit (1000BASE-T) TSN Ethernet connection. Expandability.

Data rate scalability is directly related to Ethernet-APL. Ethernet-APL, the Ethernet Advanced Physical Layer, is strictly an enhanced physical layer based on Single Pair Ethernet (SPE), which pushes the progress of Ethernet devices a big step forward according to the new 10BASE-T1L (IEEE802.3cg-2019) Ethernet physical layer standard. A major step forward, Ethernet-APL acts as a logical extension of Ethernet and can support EtherNet/IP, HART-IP, OPC-UA, PROFINET, or any other higher-level protocol. 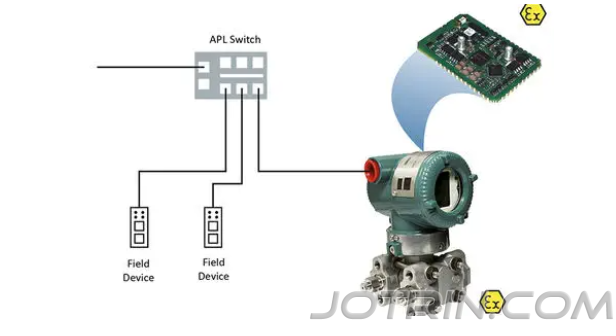 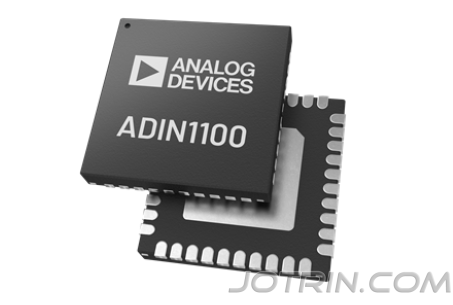 In the context of accelerated growth in the number of end nodes, it is critical to address power consumption, latency, and data scalability issues on the Ethernet physical layer PHY to achieve seamless Ethernet transmission. With the addition of Ethernet-APL, these physical layer devices are expected to solve the challenges encountered in using Ethernet completely.

次の: How to determine the polarity of a component?